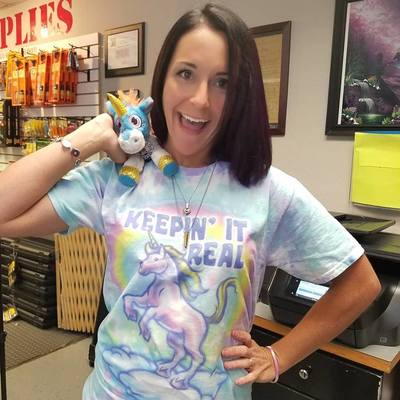 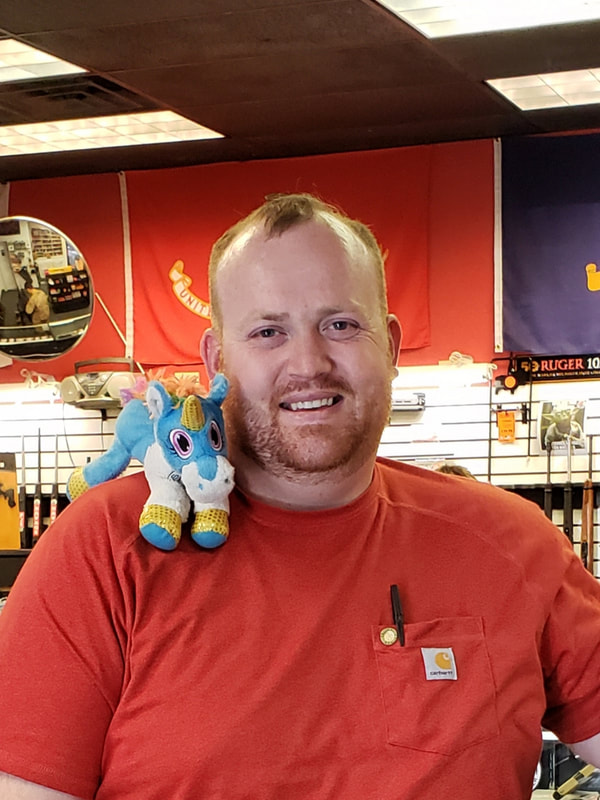 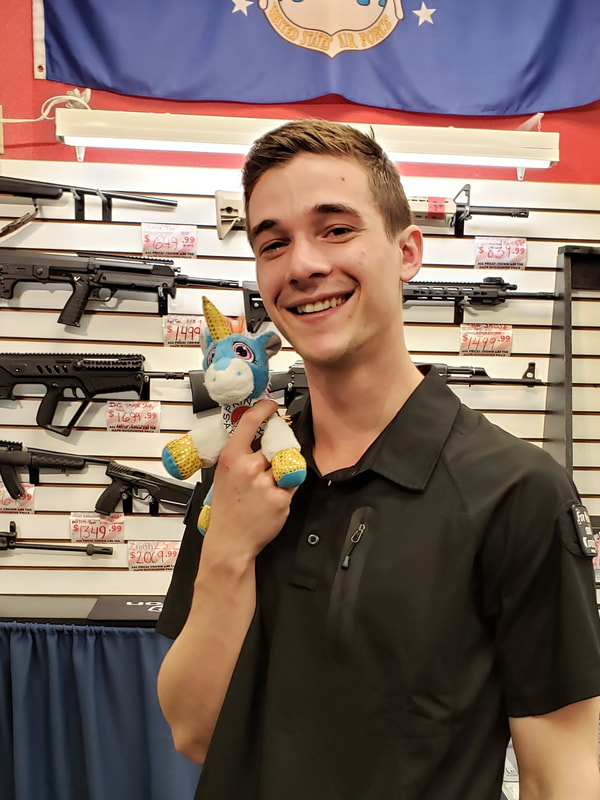 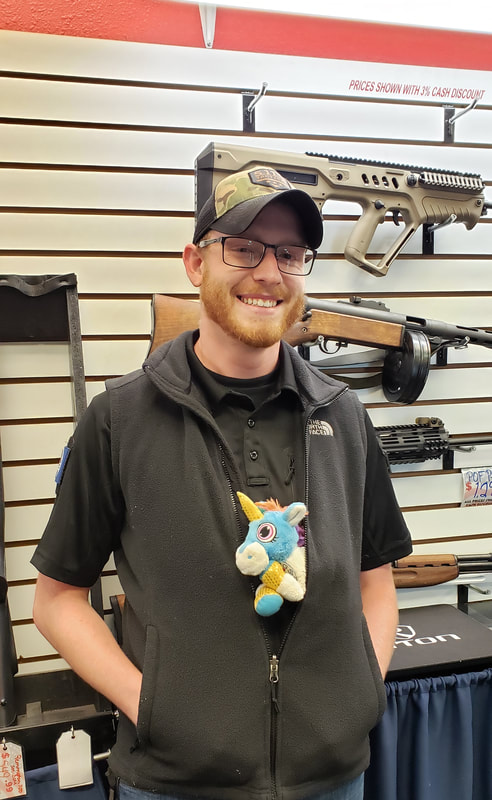 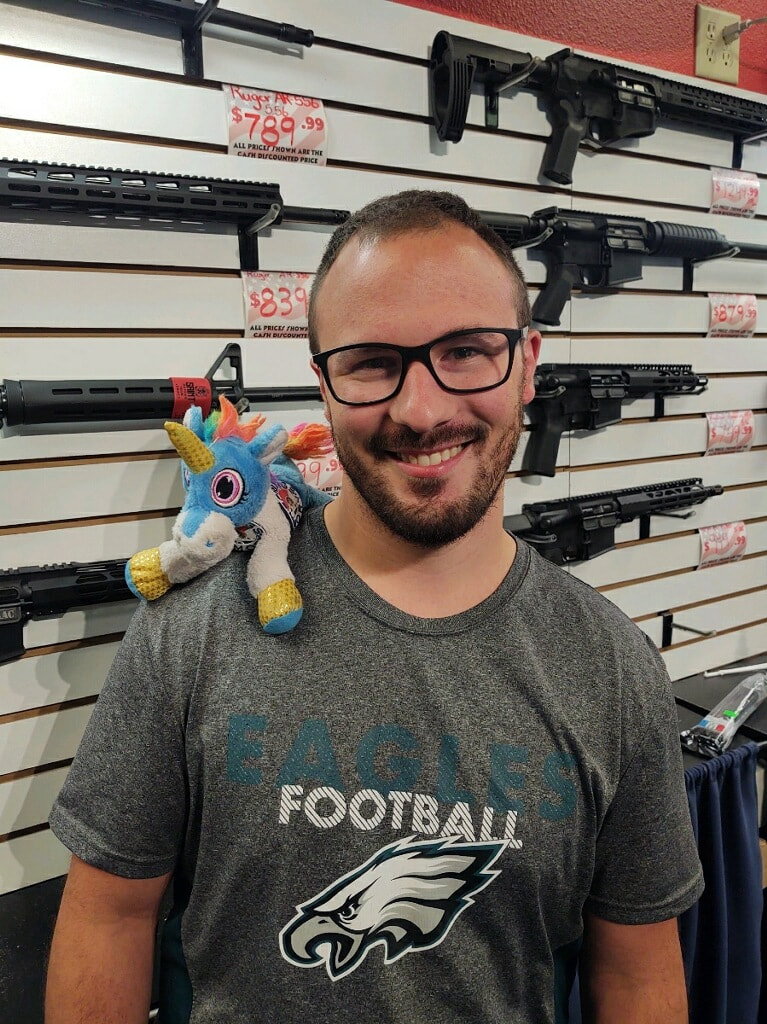 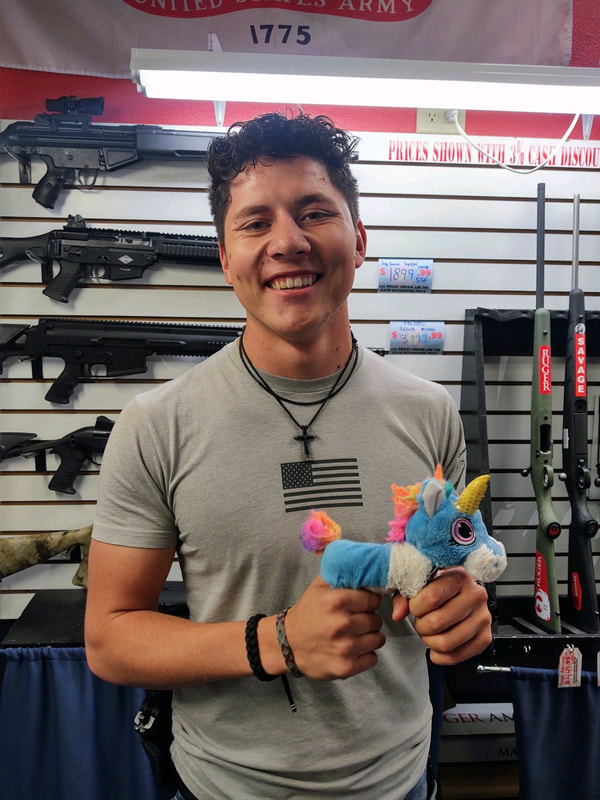 Tammy: The owner of Springs Armory and originally from a small town in Texas, this Marine Corps Veteran got her passion for firearms from her brief time in the military. Tammy has 2 Bachelor's Degrees and has lived in Colorado since 2009. She started Springs Armory out of her home in 2011. Springs Armory was brought to the storefront in May of 2014 and it grew exponentially quicker than they anticipated. She also enjoys SCUBA Diving, Painting, Fishing, escape rooms and just about anything to do with the outdoors! She knows Sign Language and she's also our Suppressor paperwork expert... So, if you've got any questions on how to fill out Class III paperwork, she's your best resource!

Des: Desirae has called Colorado home since 2001. She says being in an atmosphere with like-minded people is a priceless benefit. Springs Armory offers the opportunity to interact with fantastic customers, learn about new things, and her and others can get their hands on some unique and cool firearms. Her section is too short so we are adding the rest. Des enjoys cheese, jerky, shooting with her husband, DIY projects, and dominating escape rooms.
​
​Derek: Derek is a retired Army Veteran where he truly enjoyed his favorite job as a tanker. Guns and cars are topics he really enjoys conversing about, and he loves learning new things! A machinist by trade (and definitely not a yodeler), Derek also works at MOAB Manufacturing part time and builds suppressors. His favorite part about working at Springs Armory is that he gets to see something that he created out of raw material go into the hands of a happy customer. Ask him about the MOAB SBD-22 suppressor and other suppressors coming out soon!

Chase: To find freedom, Chase left California and came to Colorado. He is an outdoor enthusiast in all facets and really enjoys staying active. Chase is an aspiring MMA fighter with goals to learn something new every day so don't mind his questions or black eye. With a passion for engineering and a love for firearms, he really enjoys working at Springs Armory. His positive attitude and sense of humor make him a good fit for our store. He is scared of Josh.

Spencer: Spencer is what he calls a "good ole’ boy" that was born in Missouri, raised in Oklahoma, and then moved to the Colorado mountains in 2013. Camping, Hiking, and just being in the outdoors are some of his many passions. Guns, God, and country are the norm in his family so he grew up hunting and fishing in the Ozarks. When not at work, Spencer is attending PPCC for his degree in criminal Justice in hopes of becoming a police officer. The family aspect and connections made with customers is what he thoroughly enjoys about working here at Springs Armory.

William: Born and raised in Bethlehem, PA, William grew up as a sports lover and follows the Eagles, Phillies, Penn State and the Flyers. William served 4 years in the Marine Corps as an armorer and moved to Colorado Springs in 2021. He enjoys Colorado for the many outdoor activities and has hobbies that keeps his adventurer spirit busy. He acquired his love for weapons while in the Marine Corps and is grateful for the opportunity at Springs Armory to expand his knowledge and work with and around firearms.

Jayden: Born and raised in the far away land of Colorado Springs, Jayden is a child of the outdoors that loves off-roading, hunting, fishing, and the Crimson Tide Football. Jayden's father is a Marine and his grandfather was a police sergeant, so firearms have been in his blood since birth. His time working at Chick-Fil-A taught him excellent customer service skills, that coupled with his great respect & love for firearms makes him a great fit to the Springs Armory family. Jayden is currently going to school to become a firefighter, so we feel like Springs Armory is just a notch on his tool belt that he's using to become a superhero.